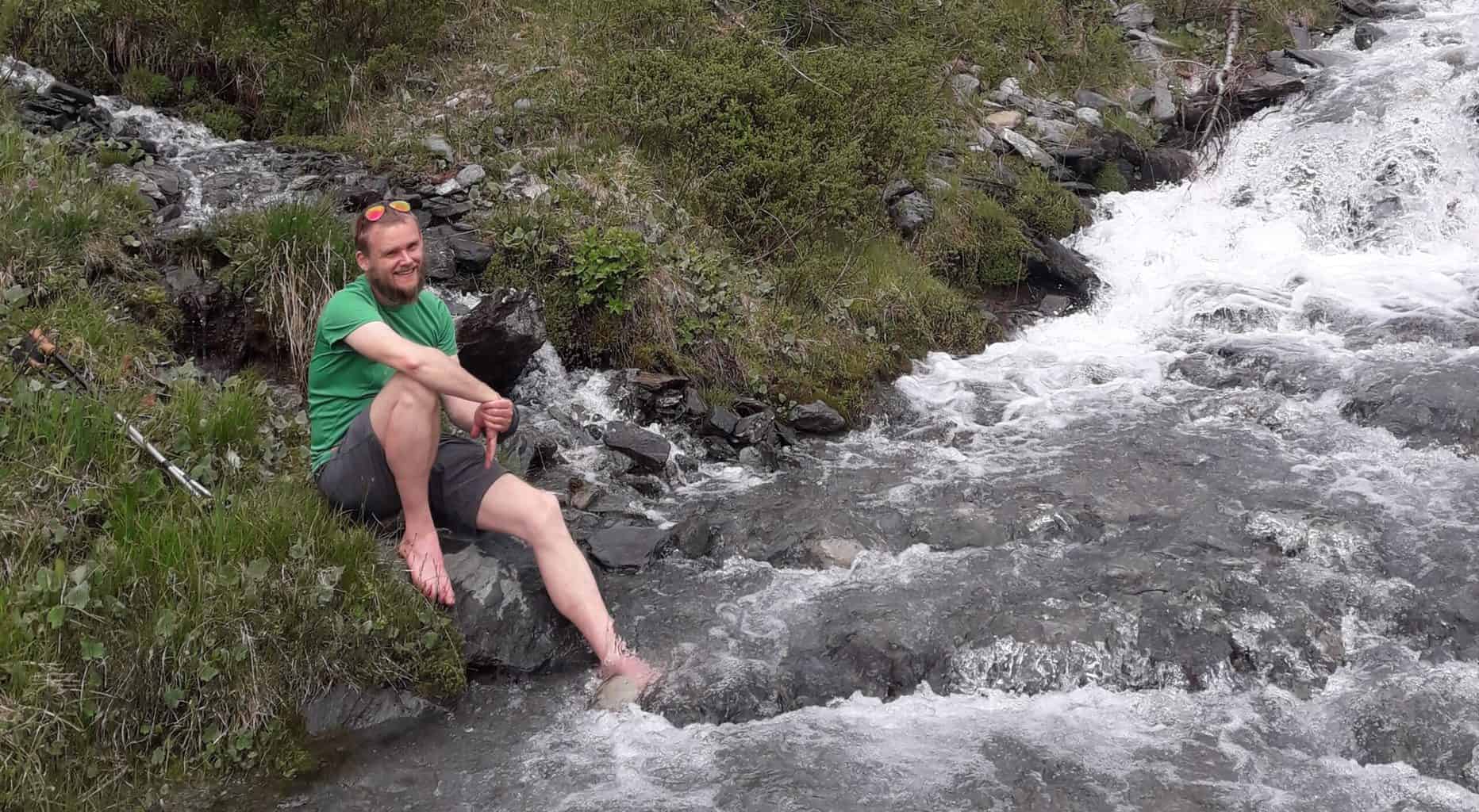 Sven Schade is Scientific Policy Officer at the Joint Research Center (JRC) of the European Commission. Recently he was one of the speakers at the Citizen Science for Policy across Europe webinar organised by EU-Citizen. Science which was held as a satellite event of the European Research and Innovation Days on 22 June 2021. During this event, Sven spoke about the current state of Citizen Science across Europe and we caught up with him to ask him several questions based on the talk he gave.

The interviewee is speaking on his own behalf as a researcher in the field. His position does not necessarily reflect the position of the European Commission.

Sally Reynolds: Can you introduce us to how you view citizen science in terms of policy-making in Europe?

Sven Schade: Many thanks for your question Sally.

I see very rich opportunities to connect the two worlds.

On the one hand, we continue witnessing how citizen science can help to provide richer and more solid scientific advice for policy making, for example, in the areas of biodiversity and environmental pollution. On the other hand, European policies increasingly support citizen science and other participatory approaches to address societal challenges, for example, as part of open science strategies, research funding, or in approaches to modernize public services.

This holds for the EU-level, but also inside many European countries and regions. Europe is particularly strong in both aspects. It provides a rich diversity of practices, and we see frameworks emerging that help to follow more structured and systemic approaches to interconnect citizen science and policy-making.

S.S.: ‘Can be used’ might not be the best wording here, I would prefer to ask how we can bring both kinds of activities together. Anyway, typical examples relate to data collection, validation and analysis – especially related to the state of the environment. Although this is by far not the only way how citizen science and policy making can benefit from each other, it might still be the most prominent arena.

As the European Commission we just published a policy document last year on best practices in citizen science for environmental monitoring, in which we also highlight major barriers and suggest how to overcome them. In many cases, it comes down to different expectations from the actors involved. This translates into doubts about the quality of data provided by citizen scientists, issues related to the timely provision of information, as well as the long-term sustainability of citizen science activities to support policies over many years.

S.R.: Do you have any suggestions for how this situation can be remedied?

S.S.: Across the many cases we were experienced directly or indirectly it is always essential to engage in dialogues and find a common language – to manage expectations both ways and co-design common approaches that best fit everyone’s needs. Most of the before mentioned issues might be resolved if the different actors find a common space to interact and identify ways for collaborating. Here experimental and evolutionary approaches seem to work best.

Having contact points for citizen science in public institutions, and the time and resources to engage in such dialogues does not come for free, but can lead to great benefits for everyone involved. Whereas such structures might emerge occasionally, it would be worth considering a more systemic and permanent set-up and to establish engagement strategies that are embedded in the organizational set-up of public institutions (such as environmental protection agencies, mapping agencies, statistical offices, and others) and that include partnerships with citizen science practitioners (such as citizen science associations, research libraries, universities, etc.).

S.R.: Can you describe what is happening at European policy level to support and strengthen Citizen Science?

S.S.: Yes, sure. Let me highlight a few strong elements. In addition to the above mentioned policy document on environmental monitoring that sets a wide framework, we also see citizen science deeply embedded in thematic policies e.g. related to biodiversity and agriculture, birds, pollinators and across the Zero Pollution priority. In all these policy files, dedicated contributions are encouraged, sometimes even essential for successful policy implementation.

Equally important, European research policy is increasingly supporting citizen engagement, including citizen science. Most notably, at the European level, the current main funding program for research and innovation (Horizon Europe) asks much more for co-design and co-creation than previous programs, and there are many more topics where citizen science and co-creation are either explicitly called for, or mentioned as a potentially relevant approach.

In addition, we witness that also more and more colleagues developing interests to connect with citizen science, for example, when it comes to the co-design of public services or the developments of European data spaces.

S.R.: You spoke in your talk about the role played by the European Commission at European level, what about the situation at national and regional level in terms of policy, how important is this and how can it be strengthened in terms of policies to support Citizen Science activities?

S.S.: The national and regional support to citizen science and other forms of engagement is immensely important. The European Commission can make suggestions and help in framing EU wide approaches, whereas many concrete realizations are highly context dependent. Every country is different and has its own ways, history and culture. Here, we do see national citizen science strategies emerging, for example, as a single dedicated effort as in Germany right now, or as part of Open Science strategies, as currently happening in the Netherlands.

At the same time, many countries -from Spain in the south to Denmark and Sweden in the north – established national and regional citizen science networks – that interconnect between each other and with the European Citizen Science Association.

S.R.: A considerable amount of effort in research terms in recent months has gone into characterising Citizen Science across Europe such as the recent JRC report on Citizen Science Strategies and Initiatives in Europe, how would you describe the current position of Citizen Science in Europe?

S.S.: Indeed, some of these activities I mentioned are highlighted in a report on national citizen science strategies that we published earlier this year. In addition, we also see networks of museums and libraries organizing themselves and exchanging knowledge how to support citizen science in their daily operations.

All in all Europe is moving into a very promising direction to offer opportunities to practice citizen science in a systemic and context-adopted way. It is quite encouraging to see such coordinated efforts and clear progress made, especially over the past seven or eight years.

For me, three areas are most important to continue to progress.

First, given the already existing European, national and regional structures, the next step is to connect to the local level, i.e. to develop an understanding how local communities can be empowered systematically to carry out the kinds of citizen science activities that are important for them. Notably, this might – but does not have to – include the engagement of public institutions.

Second, we might still do better to listen and collaboratively act on matters that are of central concern to those communities, i.e. keep to improve the uptake of results and proposed solutions in public governance.

Third, although citizen science gets reasonable attention we should not consider it in isolation, i.e. more can be done to integrate citizen science approaches with mechanisms of social innovation, modernization of public services, and other forms of civic participation.

S.R.: Finally, what would you like to see happening to strengthen the position of Citizen Science vis-à-vis policy-making in Europe.

S.S.: I would like to see the existing movements continue to evolve, and to see a step-change using the many structures and frames that have already been put in place. All the work I mentioned does provide a solid basis, but a lot of work is still required, especially to progress on the three areas I just sketched. And, to close with a word of caution, it should not be forgotten that offering opportunities to engage in citizen science – and via this also to policy making – is exactly that: an offer, or better a portfolio of opportunities.

We should not expect that every person in the EU becomes a citizen scientist, but we should all do our very best to offer every European Citizen the same opportunities to engage with science, and with science for policy.

S.R.: Many thanks for your input Sven.

S.S.: Many thanks for arranging this interview Sally.