European projects and their impact on policy – an interview with Rosa Arias, D-NOSES Coordinator 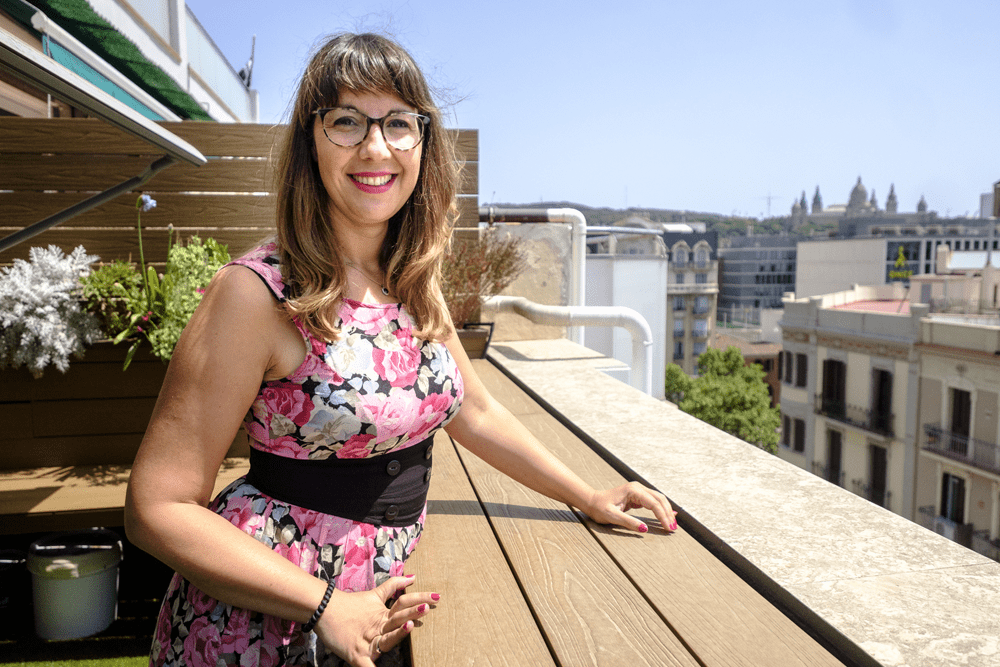 During the Engaging Citizen Science Conference in Aarhus, Denmark, in April 2022, partners in the SensJus project had the opportunity to find out more about a distinctive case demonstrating the impact of citizen science in steering environmental regulation. The case is the D-NOSES citizen science initiative, i.e., Distributed Network for Odour Sensing Empowerment and Sustainability. As the project aims to target odour pollution through citizen science at local, national and global levels, it demonstrates how forms of civic monitoring can play a key role in the multi-level governance of a specific risk, in this case odour pollution. During August 2022, Anna Berti Suman from SensJus and Mohammad Gharesifard, from CitiMeasure took the opportunity to invite Rosa Arias, coordinator of D-NOSES and CEO of Science for Change, to share her experience the remarkable achievements of D-NOSES.

Anna and Mohammad: Can you explain the main mission of D-NOSES and how it tries to achieve it?

Rosa: At D-NOSES, we have a twofold aim. First to monitor odour pollution from the perspective of the receptor, and to empower people by allowing them to measure what they perceive, so industries can act upon results. Secondly, to introduce odour pollution in the policy agenda which up to now has largely not been considered, compared to noise pollution which is way easier to monitor.

Up to now, D-NOSES has achieved a number of successes: 1) increasing availability of open and affordable technologies that allow the collection, geotagging and analysis of new large datasets, which take into account the receptor’s perception, as in the case of the App OdourCollect; 2) citizens’ willingness to collaborate in tackling complex tasks by contributing and sharing knowledge and expertise; 3) digitally enabled cooperation among new and existing collaborators thanks to cloud computing; and 4) increased awareness and co-responsibility about environmental issues and wellbeing, and many more.

The winning factor of our developed methodology is that it is transferable to other environmental topics and projects. Through the quadruple helix model, we could engage industries in the 10 D-NOSES Pilots (public and private industries e.g. the waste treatment sector), throughout Europe, Chile and Uganda. We also conduct advocacy work towards industry.

Anna and Mohammad: You had a close interaction and collaboration with the European Bureau for Conservation and Development (EBCD) that organized an event in the European Parliament (EP) where D-NOSES could be showcased. Can you tell us how this cooperation went, in terms of opportunities and barriers?

Rosa: We were planning advocacy at various levels including the European level, i.e., especially the European Parliament, which was also in the D-NOSES project grant agreement. We reached out to MEPs in several countries and in the end we identified one supportive MEP from Greece that allowed us to organize a dedicated event in the European Parliament where D-NOSES could be showcased. This was very lengthy and everything was very uncertain. When we had a final yes from the European Parliament, the EBCD helped us in defining the invitations and the agenda. MIO-ECSDE, a non-profit federation of 127 Mediterranean non-governmental organizations, one of the D-NOSES partners, supported by conducting part of the advocacy work needed, including at a national level, and with drafting an advocacy plan. Such advocacy actions were indeed planned from the beginning of the project and were key for success. In fact, one year before the end of the project a mapping exercise was done to see how we can hold an event at the European Parliament.

Anna and Mohammad:  After your event on Odour Pollution in October 2021 at the EP, the European Committee of the Regions (CoR) adopted unanimously at its Plenary Session on 27 January 2022 the Opinion “EU Action Plan: ‘Towards Zero Pollution for Air, Water and Soil”. Thanks to your advocacy, a paragraph has been included on the issue of odour pollution which in particular recognize the importance of citizen science and public participation for tackling odour pollution and related challenges. Can you explain us the key factors that led to this outcome?

Rosa: It was not an easy process! For example, it was unclear for us how the session would go and what would be the outcomes. The following milestones and factors were fundamental to the outcome:

Anna and Mohammad: The EP event is also mentioned on the Opinion Factsheet of the Action Plan among the key consultations that allowed for the creation of the Committee of the Region’s opinion on the “EU Action Plan: ‘Towards Zero Pollution for Air, Water and Soil”. How do you think this event/consultation actually influenced the final Action Plan, and can we measure/assess D-NOSES influence on the outcome? Did you have expectations that were not met or was the result beyond your expectations?

Rosa: It was really thanks to the fact that the Committee of the Regions was there that enabled the paragraph that we suggested to be included. Without the presence of D-NOSES, that policy amendment would not have been adopted. This was way beyond our expectations. The challenge now is to understand what can be done with the paragraph. We are now working in the establishment of standards for monitoring odour pollution through citizen science, with the Spanish Organization for Standardization (UNE) and groups of experts, which will facilitate the official uptake of the methodology.

Anna and Mohammad: Can you share with us the ‘don’t’ based on your mistakes, that other projects willing to have similar policy impacts should bear in mind based on your experience?

Rosa: Don’t be impatient if you wish to have policy impact. Problems need time and also policy adaptations do. Manage expectations of stakeholders involved, e.g., be transparent with citizens that the odour problem will not be solved after the project. Rather we are taking steps towards regulating the issue.

Anna and Mohammad: Looking back at the start of the project, to what extent do you think the project outcomes (incl. contribution to the Opinion “EU Action Plan: ‘Towards Zero Pollution for Air, Water and Soil”) were planned or expected?

Rosa: It started in 2018 and from the start we were focused on having social, policy and industry impact. We included in our project political scientists, so we could also have proper knowledge of the policy field.

Anna and Mohammad: Looking forward, what policy change(s) at any level (e.g., organisational, political, etc.) would improve the ability of a project like D-NOSES to achieve other positive impacts?

Rosa: Our aim is to have odour pollution considered in the policy and urban planning from the beginning, before it is too late and the population is impacted. We are aiming to control odour by engaging directly the affected communities. In a nutshell, we would like to continue implementing our multi-level governance model, aiming for a common EU regulatory framework that could guide the Member States, but also working specifically at the national level to be able to protect citizens at the local level, since odour pollution is a localised issue:

In the end, understanding the local context, including the social, cultural and economic realities and the existing (or not) regulatory frameworks, is key to deploy our citizen science methodology and design specific engagement strategies for the policy makers and the authorities, the odour emitting activities and the affected communities, so as to guarantee success and environmental, social and policy impacts. That’s why a multi-level governance model is crucial in this complex scenario.