The UNESCO recommendation on Open Science has been unanimously adopted in its entirety by Member States during the Science Commission plenary in November 2021 which is a milestone for Open Science and Citizen Science practitioners. During the General Conference Geoffrey Boulton (ISC Governing Board Member) also warned that “The fundamental principles of Open Science are close to crisis point. An increasingly dysfunctional science publishing system undermines the scrutiny that is vital to the maintenance of scientific rigour, inhibiting access to the record of science in ways that undermine global inclusion which in turn risks the loss of public trust.” and Megha Sud, ISC Science Officer and project lead for Open Science hightlighted that “While there was a palpable sense of buoyancy in the room of having achieved this milestone, there is also a realization that the real work begins now.” more here.

Go to all News & Events 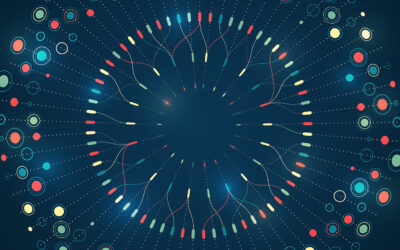 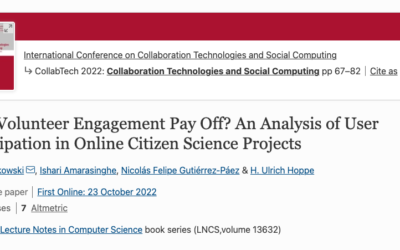 We are delighted to announce that the article entitled “Does Volunteer Engagement Pay Off? An Analysis of User Participation in Online Citizen Science Projects” written by our colleagues Simon Krukowski, Ishari Amarasinghe, Nicolás Felipe...